Do Eggs Raise Your Cholesterol

Although the low-fat diet originally recommended by the National Cholesterol Education Program was probably not the optimal diet , there were good reasons for its recommendation that patients at risk of cardiovascular disease should limit their cholesterol intake to less than 200 mg/day . The general population was advised to limit cholesterol intake to less than 300 mg/day . More recently, the Healthy People 2000 goal of a dietary cholesterol intake of 200 mg/day or less for the general United States population appeared to be obtainable based on trends seen in the National Health and Nutrition Examination Surveys . A single egg yolk contains approximately 215 mg to 275 mg of cholesterol . The yolk of a large egg provides more than the 210 mg of cholesterol in a Hardees Monster Thickburger , which contains two-thirds of a pound of beef, three slices of cheese and four strips of bacon . A single egg yolk thus exceeds the recommended daily intake of cholesterol.

Now, its certainly true that dietary cholesterol is not the only thing that raises blood cholesterol.

Saturated and trans fats are spectacularly good at ratcheting up blood cholesterol levels. We get saturated and trans fat from foods like red meat, cheese, and butter, as well as from processed foods, everything from margarine to frozen entrees, that contain ingredients like coconut oil, palm oil, and partially hydrogenated oils.

Just one extra egg a day can significantly raise your LDL cholesterol.

Here is just a sampling of that research

So Are Eggs Good For You

This is great news because eggs are a relatively cheap source of high-quality protein and could be described as a nutrition powerhouse! As well as being a great source of protein, eggs also contain many other helpful vitamins and minerals to find out more about this, check out the NHS page on eggs.

In another study2, a carefully controlled clinical trial published in 2006, researchers at the University of Sao Paulo in Brazil fed three egg whites daily to one group of healthy young men, and three whole eggs daily to another group of men, also young and healthy. The study lasted 15 days.

Except for the egg variations, all the men were eating the exact same thing. Their meals, prepared daily by the university, were heart-healthy-style fairly low in fat and high in a variety of whole foods like fruits, green vegetables, beans, chicken, and fish.

Among the men in the group eating three egg whites daily, total intake of dietary cholesterol averaged only 174 milligrams per day.

Eggs Do Not Raise Cholesterol 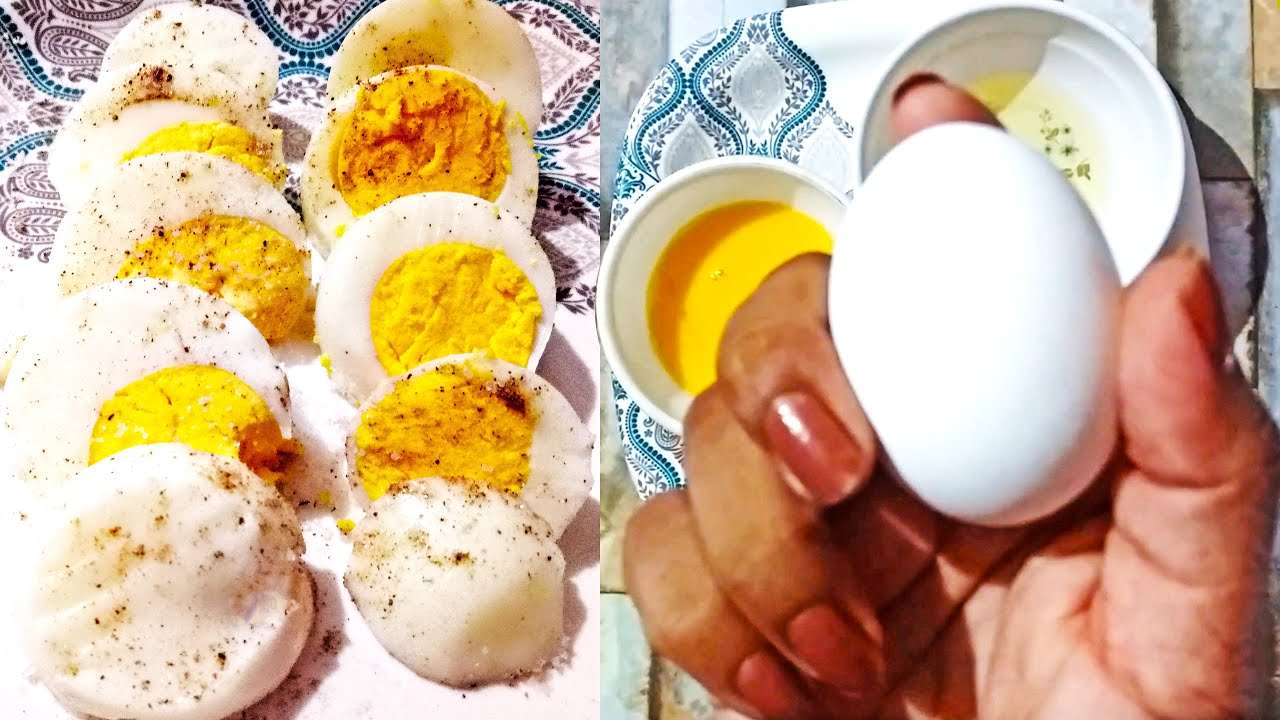 A number of recent studies have confirmed that eating eggs as part of a healthy diet does not increase the risk of heart problems.

One of these studies looked at 177,000 people in 50 countries. She found no significant association between egg consumption and cholesterol levels, death rates or major cardiovascular disease events. The study also did not find a significant link between the number of eggs a person eats and their cholesterol levels.

Healthy people could safely eat a whole egg each day. One can consume two eggs a day for healthy seniors, due to the overall nutritional benefits and convenience of eggs.

Everything You Need To Know About Cholesterol

Recently, the 2015-2020 Dietary Guidelines for Americans lifted a decades-old cholesterol restriction, due to a lack of evidence tying intake of dietary cholesterol to levels of cholesterol in the blood. One large egg contains 186 milligrams cholesterol.

How much cholesterol in an egg? Do eggs raise cholesterol? Eggs are known to be a high-cholesterol food, with about 200 milligrams per egg. When the Scientific Report of the 2015 Dietary Guidelines came out, national nutrition experts told us that dietary cholesterol is no longer the concern we once thought it was.

The report was submitted to the Secretaries of the U.S. Department of Agriculture and the Department of Health and Human Services in preparation for the development of the new U.S. Dietary Guidelines.

As with many dietary guidelines, it can be hard to know who to follow. The USDA creates dietary guidelines in the United States. The trouble is, theyre associated with farming and agriculture. Both have an obvious interest in promoting animal proteins and egg consumption.

All the more reason to take control of your own health, and understand what youre putting into your body. If youve got any questions about your cholesterol levels, talk to your doctor.

Getting The Best From Eggs

Eggs can form part of a healthy, balanced diet, but preparing them in a healthy way is important if youre trying to maintain desirable cholesterol levels. Scrambled eggs, for example, can often contain lots of butter, which is high in saturated fat. Frying an egg, meanwhile, can increase their fat content by up to 50%, according to the NHS website. Here are five top tips for preparing eggs healthily:

Does eating eggs raise your cholesterol?

Unfortunately, many physicians dont pay attention to chylomicrons, and ignore their role in promoting coronary artery disease, or atherosclerosis. Thats troubling, especially since doctors key strategy for fighting heart disease prescribing statins does little to reduce the formation of chylomicrons or the amount of chylomicron remnants burrowing into the artery wall.

Today, almost everyone knows that too many eggs are bad for your cholesterol. But, besides their link with fried foods, thats not quite true. Do eggs raise cholesterol? Sure, but theres always a but.

Ive always had an issue with eggs and cholesterol. Theyre typically listed as a superfood for good reason. Theyre packed with vitamins and other nutrients.

So, whats the truth here?

When we hear the word cholesterol, it usually refers to one of two things

If youre concerned about eating eggs, you might be wary of your own cholesterol levels. Now, there are two different types of cholesterol in the blood one good and one bad.

The problem with cholesterol is that it can accumulate in the arteries. This impedes blood flow, increasing the risk of heart issues. LDL cholesterol causes this build-up. When LDL levels are too high, it can pose a serious health risk.

HDL cholesterol has a positive effect. It helps wash LDL cholesterol from your bloodstream. This helps your body to get rid of dangerous LDL of it before it builds up in your arterial walls.3If you want to eat to balance your cholesterol and keep levels healthy, your best bets are:

Are All Eggs The Same

Not all eggs are the same. Most eggs you find in a supermarket come from factory-raised chickens that are fed with grains.

According to Kris Gunnars, BSc. from the healthline team, The healthiest eggs are omega-3-enriched eggs or eggs from hens that are raised on pasture. These eggs are much higher in omega-3s and important fat-soluble vitamins.

If you are already experiencing troubles lowering your blood cholesterol levels, then it is just better to avoid eating too much egg no matter how you cook them whether omelets or hard boiled eggs to avoid a spike in your blood cholesterol levels and other heart diseases, some people believe that the way you cook your egg can reduce its high cholesterol content, there is a myth widely believed that hard boiling eggs reduce the high cholesterol content in egg than any other cooking method, however that is not really true, one large hard boiled egg was found to contain the same amount of dietary cholesterol as one large raw egg.

How Much Cholesterol In Egg.

How Many Eggs To Eat Per Week.

Feeding of egg yolks induces inflammation characterized by elevations of C-reactive protein and serum amyloid A, but this effect is more pronounced in lean individuals without insulin resistance . Mechanisms of the inflammatory effects of dietary cholesterol have been investigated in animal models. Dietary cholesterol worsens macrophage accumulation in adipose tissue and atherosclerosis in LDL-receptor-deficient mice , and increases systemic inflammation . Dietary cholesterol also induces monocyte chemoattractant protein-1, contributing to hepatic steatosis .

A Mediterranean diet improves endothelial function compared with a western diet , probably because in addition to being lower in cholesterol and animal fat, it has higher levels of antioxidants and lower levels of free radicals .

Why Are There So Many Different Types Of Eggs

Do eggs raise cholesterol? Here’s what you need to know

Now that you know the healthfulness of eggs, whats up with the plethora of egg choices, colors and marketing claims? Although you like your eggs scrambled, the limitless amount of choices may scramble your brain up a bit too.

Hahn helps us break through the minutiarather chicken feedto help guide your decision on what eggs to buy and which to say buh-bye too.

Why Is High Cholesterol Bad

Cholesterol is a type of lipid, which is a waxy substance that forms an important part of your bodys cells. While cholesterol is essential to our bodies, having too much of it in the bloodstream can increase the risk of heart disease.

High cholesterol levels can lead to fatty deposits building up in blood vessels which eventually makes it difficult for blood to flow around the body. These deposits can break off and form clots that may cause a heart attack or stroke.

In the past, some dietary experts did recommend limiting dietary cholesterol and egg intake. But as health and nutrition research has continued and our understanding of diet has improved, healthy eating guidelines now state that dietary cholesterol have a minimal impact on blood cholesterol levels in most people.

Just One Extra Egg A Day

In a well-designed clinical study published in the leading medical journal The Lancet1, researchers from Harvard Medical School studied the effects of adding just one extra-large egg a day to the regular diets of young, healthy men and women. All of them were lacto-vegetarians .

Are Eggs High In Cholesterol

According to the USDA, one large whole egg contains 207 milligrams of cholesterol, all of it from the yolk.

That said, studies show most of the cholesterol in our body is made by the liver. The cholesterol in food such as eggs, butter, full-fat milk, and cheesesdietary cholesteroldoesn’t seem to raise your blood cholesterol levels as much as once thought or in everyone.

So what’s behind the link between food and high cholesterol? According to a study in Nutrients, it’s actually the saturated fat in food that affects LDL cholesterol levels in the body.

That’s why the AHA recommends getting no more than 6 percent of your daily calories from saturated fat.

In fact, a lot of the link between eggs and heart disease might be because people who report eating eggs often eat them with these saturated fat-laden meats.

How Much Cholesterol Is In An Egg 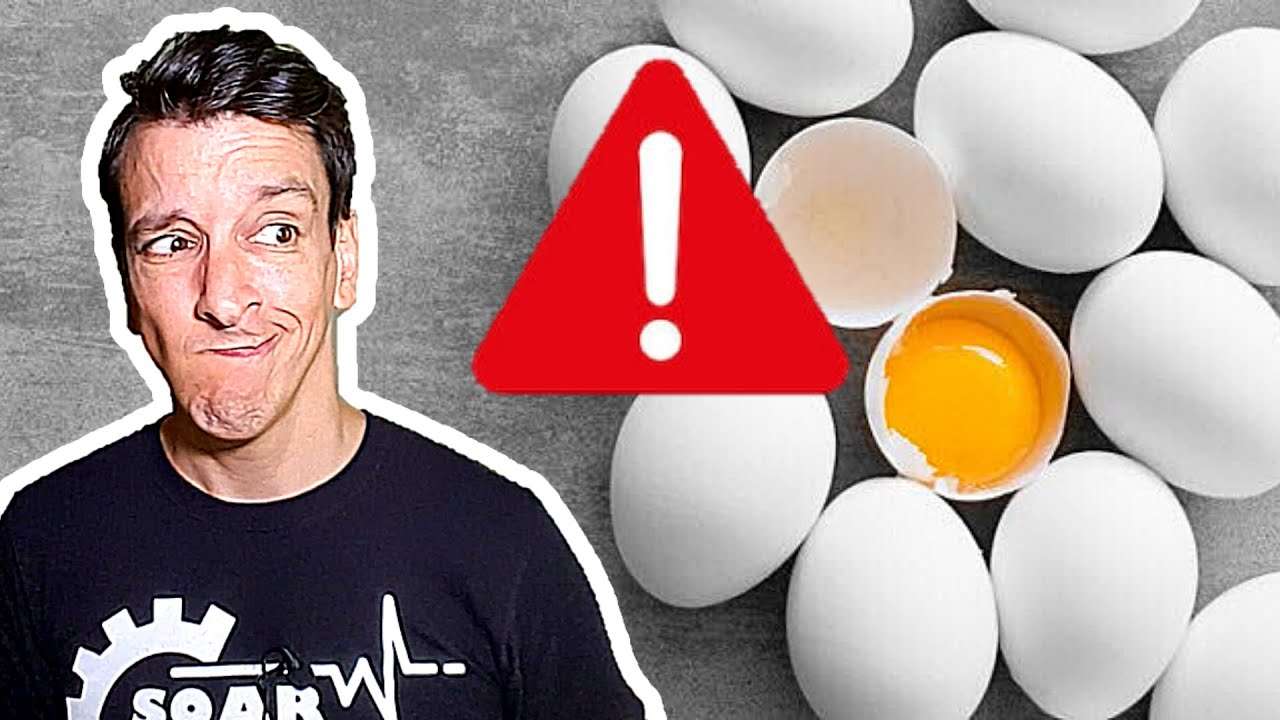 A large egg contains approximately 186 mg of cholesterol. An article in the journal Nutrition mentions this figure, explaining that eggs can contain 141 to 234 mg each.The database also confirms that egg whites do not contain cholesterol. This means that people who dont want to consume the cholesterol in eggs can still add egg whites to their diet.

Despite widespread belief to the contrary, it is simply not true that dietary cholesterol is harmless. Concern about dietary cholesterol has been developing over the past 40 years. This concern is based on the careful and independent conclusions of Ancel Keys and Mike Hegsted, who formulated our two most commonly used equations relating dietary saturated and polyunsaturated fat and cholesterol to serum cholesterol.

Does Salt Contribute To Cholesterol

What To Eat To Increase Hdl Cholesterol Level

What Is High Cholesterol Range

How To Reduce Non Hdl Cholesterol

How To Reduce Direct Ldl Cholesterol

How Much Cholesterol In Avocado

How Much Cholesterol In A Banana

How Much Cholesterol In A Banana

How To Control Cholesterol Through Diet

Are Baked Potatoes High In Cholesterol

What Is The Best Margarine For High Cholesterol